Smoking meat is one of the best ways to get a great cook for any cut of meat. You can do it in any way that you want but here, we have the best method to smoke a pork butt.

This recipe is a very popular one especially in the Southern parts of America. It has been around for centuries and people put their own variation on this recipe to make it familiar.

Smoked pork butt is usually used for other meals. Not that it cannot be eaten as it is but it goes better with other ingredients so it is often made with a sandwich for more flavor. 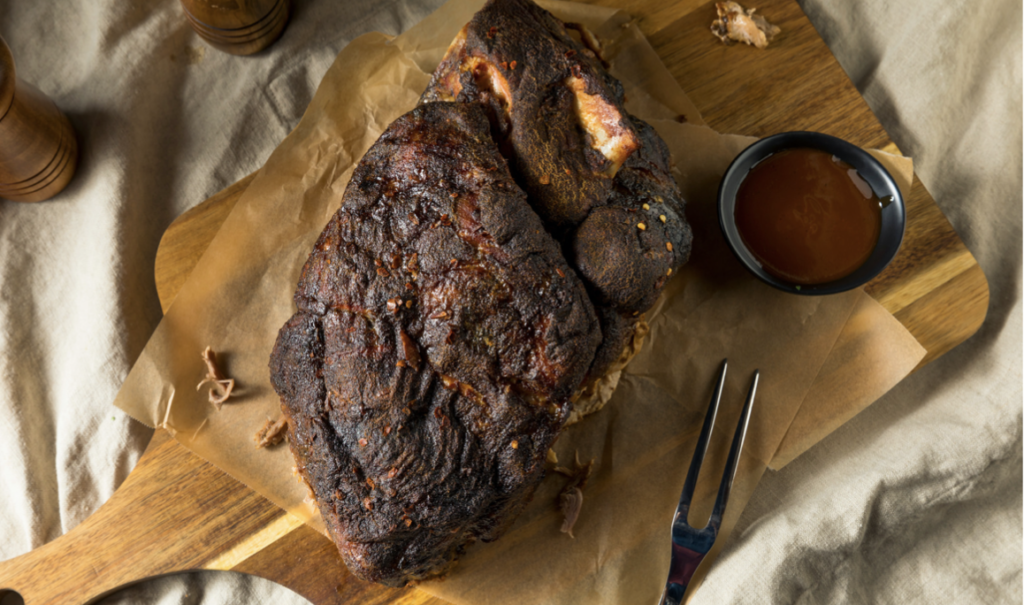 The root of this recipe came from the Carolina areas where it was traditionally done by smoking a whole pig. That is good for a party but if you just want a meal with the family, then the pork butt is enough.

If you are new to this recipe, you might think of the pork butt as something related to the behind of the pig. However, contrary to popular belief, pork butt is nowhere near there.

Pork butt is a cut of meat that is found on the shoulder of the pig. The name just came from the barrels that were used to ship pork that was produced in New England and not about the part of the body.

Originally, it was called Boston butt, but then people started to merge the name and eventually called it pork butt. So there you have it, a little history of the popular cut of pork.

This cut of meat contains a lot of muscles and connective tissues. That is why it is best cooked by smoking and we have the best method to do that so read along.

The first step in the preparation and smoking of a pork butt is to select the best cut. You probably have a trusted butchery nearby so select their best cut by following some simple indicators.

First, look for the pork butt that has nice fats to it. The pork butt is mostly lean muscles but having a little bit of fat is not bad as it will make the meat more tender.

Another thing that you can look for is the cut with a bone in it. You will find that the meat will be cooked tenderly when the bone is still in the meat as it holds the meat firmly. 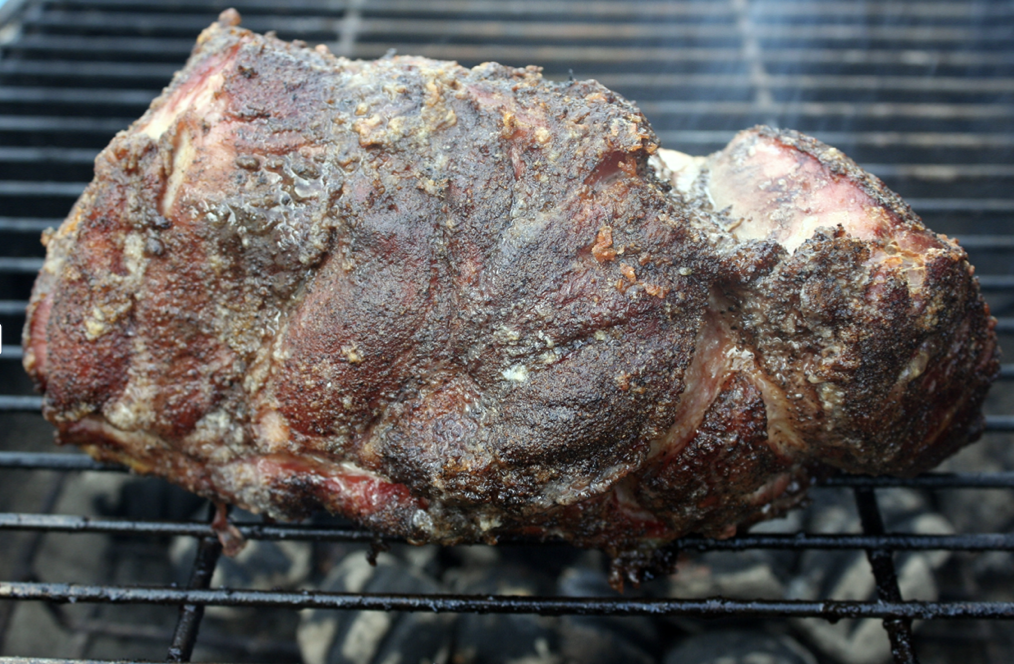 If you want a cut without the bone, then you can have the butcher cut it out. Do not remove it yourself as it is a complicated type of bone that requires care to remove so let the butcher do it.

The best option is to buy your pork butt in a butchery and avoid supermarkets. However, if you do not have any choice, then stores that sell pork will do just fine.

Preparation of the Meat

The first thing before you smoke your pork butt is to trim the meat. Remove all the unnecessary fats especially the bulks of them on the fat cap as they are next to useless.

You can save the removed fats for making sausages. Fat is the key part of the meat that brings the tender texture of the pork butt when it is smoked properly.

However, you do not need a lot of it as it can hinder the cooking process. The fat cap blocks the smoke so remove that so the smoke can get into the actual meat and give it more flavor.

The fats in between the meat will be enough to make the pork butt tender and juicy. Use a boning knife for trimming the fat and remove at least 1/4 inch of the fat cap.

If you are using pork butt with the bone still in it, you need to wrap the meat back to its original shape. This process will hold the meat in place when it is cooking.

There are many ways to smoke a pork butt. Some may advise brining the meat one day before smoking it so it can get as much flavor as it can as the brine seeps into the meat.

There are also different rubs that will improve the flavor of the meat. You can choose your favorite one and be generous with it when applying it to the meat.

You can also add fresh herbs and spices if you like. Letting the meat take all the flavors in for as long as you want will also improve the taste and texture of the pork butt all the way in. 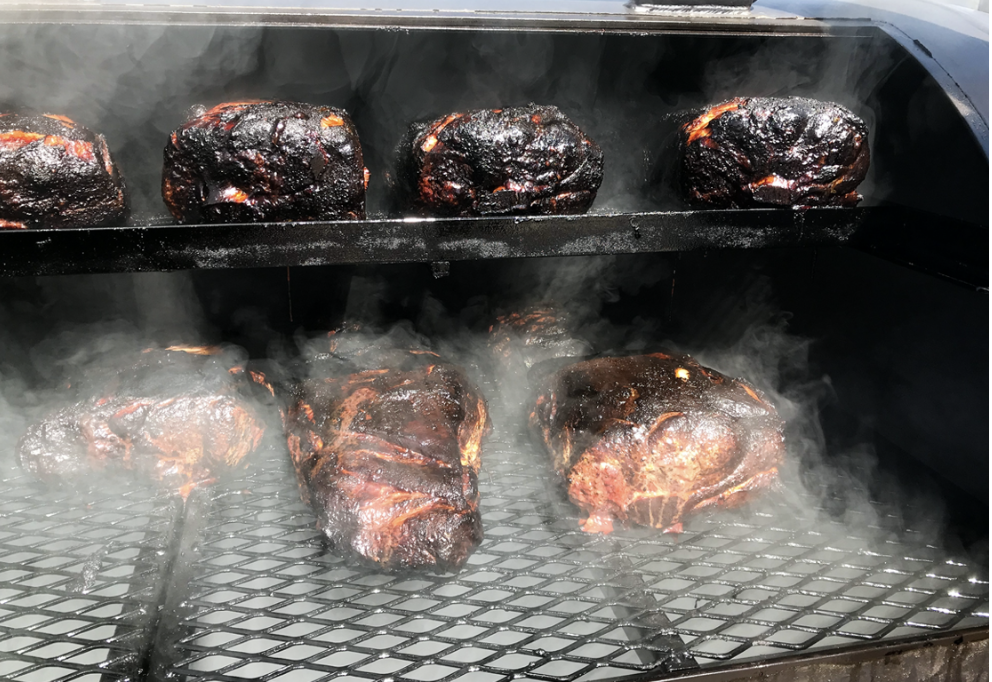 Now to the best part, smoking the pork butt will be long, so prepare lots of fuel. Any type of wood that you like will be good for the meat as long as it produces a lot of smoke.

Opting for pellet smokers is also not a bad thing. In fact, it is a very good thing as wood pellets for fuel are perfect for smoking because they can produce a lot of smoke just like wood.

So, while letting the pork butt rest with the seasoning, fire up your smoker and bring it to a temperature of 225 degrees Fahrenheit. This will take a few minutes for most smokers.

Now, the key to perfecting the time that you need to smoke the pork butt depends on the weight of the meat. 1 and a half hours will be the equivalent time for each pound of the pork butt.

So say you have a 6-pound pork butt, you will need to smoke that for at least 9 hours. Yes, it is a long and tedious task but when you have a great smoker, the process will be easier.

The temperature stays the same for the duration of smoking. 225 degrees Fahrenheit is the optimal temperature for melting the tissues and marbling the fats in the pork butt.

This temperature is the right one so that the meat will soften without drying out. So be patient and make sure that the smoker maintains this temperature for a perfectly smoked pork butt.

In order for you to know whether or not the pork butt is cooked, you will need to measure the internal temperature of the meat. So invest in a good meat probe and then use it for this recipe.

The meat will be cooked when the probe reads between 195 and 205 degrees Fahrenheit. That is when you remove the pork butt from the smoker to let it rest before serving.

You can also test if the meat is truly cooked by pulling the bone. With a glove, grab the bone of the pork butt and then give it a little twist, if it does twist without the meat turning as well, then the pork butt is ready.

If you are cooking pork butt without the bone in, then you can use a fork to determine whether it is done. Insert the fork in the meat and then pull it, if the meat pulls easily apart, then it is cooked. 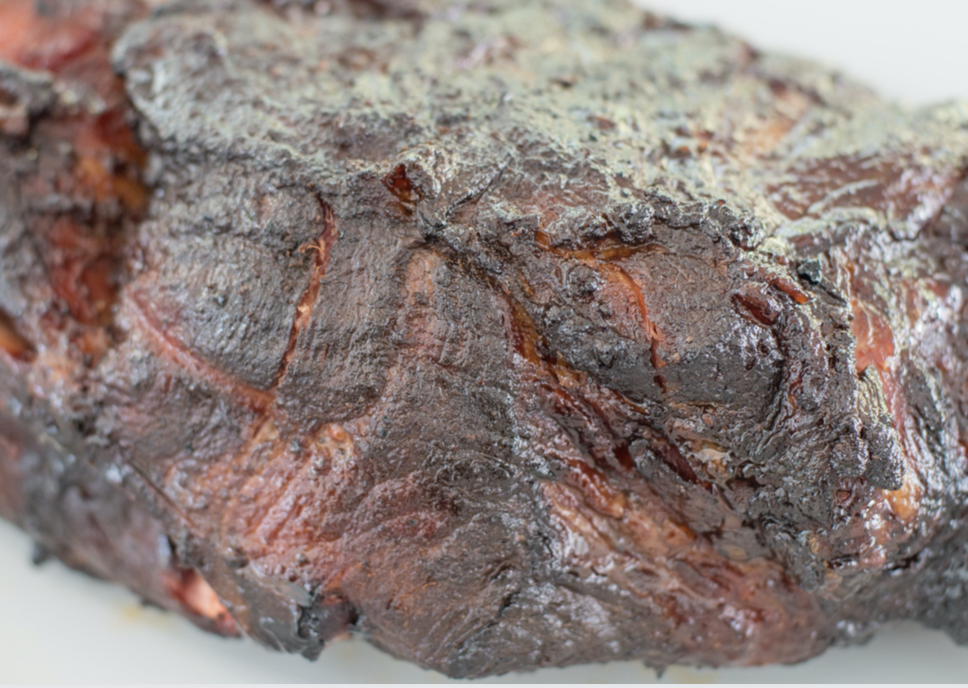 If you are done earlier than expected, it is better to hold the pork butt. Holding is when you try to keep the meat hot so it does not allow bacteria to build up inside it.

You can do this by putting the meat in an oven. This will keep the pork butt heated just enough so that the meat does not go bad, just wrap it in tin foil and put it in an oven at the lowest temperature.

If the oven is too much work for you, then you can use a cooler. These well-insulated objects will help keep the temperature of the pork butt until it is ready to be served.

Wrap the pork butt in tin foil and then place it inside a cooler. The temperature of the meat should not go lower than 140 degrees Fahrenheit to keep it safe from bacteria.

Once everyone is ready for dinner, bring out the highlight of the meal and start pulling it. The pork butt should be at its best when it is rested for at least 30 minutes.

Start by pulling the bone from the meat. Give it a twist and a little tug and it should fall right off leaving you the tender, no bone meat for pulling.

Pulling is pretty easy, you only need claws or a fork to pull the meat apart if it is still too hot. Using your hands is also great as long as you do not risk burning your hands.

From there, you can bring out the bread and sauces for making sandwiches. Pork butt is very versatile so you can also put other flavors that you think will go along well with the meat

So there you have it, the best method for smoking a pork butt. All you really need is the time and a great smoker to attain the best results for your pork butt.

You can add any ingredient that you like with the pulled tender meat. Keeping track of the time and temperature of the smoker will be a little difficult especially for beginners.

However, after just a few cooks, you will be able to determine the amount of fuel and vents to open so that the smoker brings you consistent heat and a nice smoky flavor.

The rub is also up to you, we suggest that you stick with the classic salt and pepper combinations but if you have a favorite, then, by all means, go for that option.

Salt and pepper already enhance the flavor and texture of the meat as they draw out moisture when the pork butt is being smoked. But adding sugar will also make the meat tastier.

See, the sugar also draws out moisture but its main job is to add flavor on the outer part of the pork butt. So you can do that if you want so the meat does not dry out and come out bland.

Either way, if you are familiar with how the pork butt is smoked after doing it several times, it will always turn out great.

So start now by practicing with smaller cuts of meat and gradually increasing the size, and most importantly, have fun while doing it!