Is the Ooni Koda 16 better at making pizzas than Roccbox?

In this Ooni Koda 16 vs Gozney Roccbox Pizza Oven comparison, we will find out the answer to that question.

Get ready to switch from the boring and bland delivery pizzas to fresh and homemade pizzas with these amazing pizza ovens made by two of the best pizza oven companies in the world.

Pizza ovens give us the freedom to cook our own pizzas in the backyard.

There are so many advantages to this mainly because you can control the ingredients that you put on the pizza.

Ooni is a very recognizable name in the pizza oven industry.

They have been producing many ovens that allow users to cook authentic pizzas and they are improving with every model. 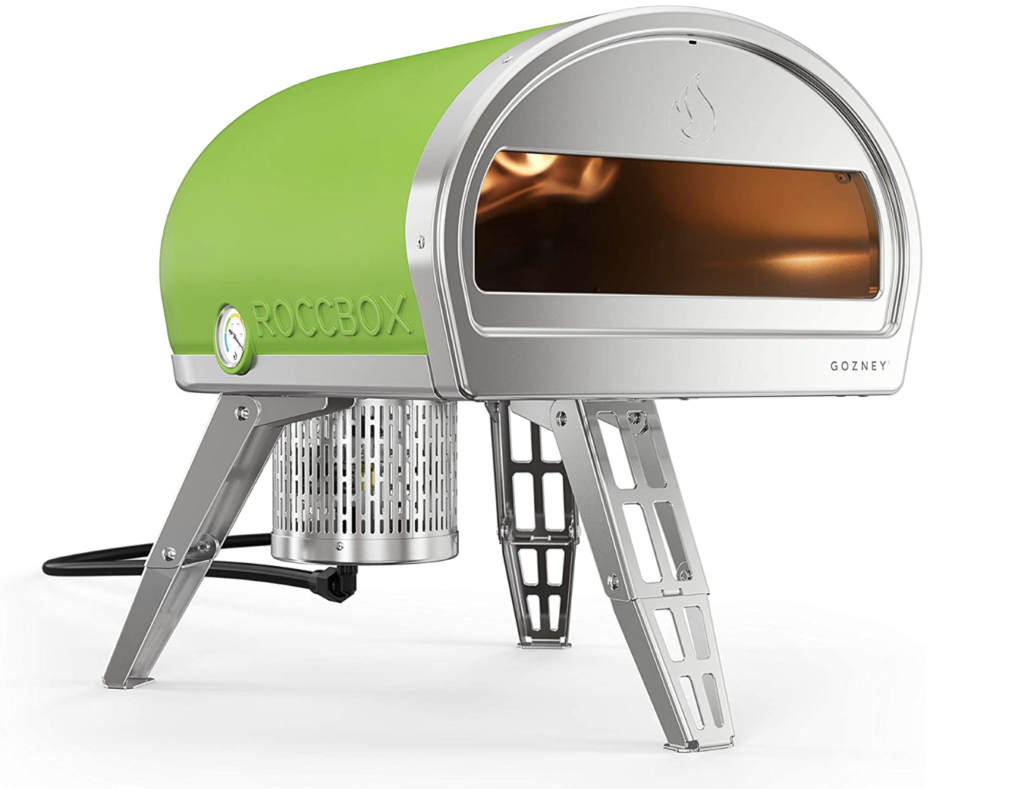 Gozney is known for its Roccbox pizza oven which is a miniature brick oven. It offers a lot of insulation and heat-retaining capabilities that most pizza ovens cannot match.

Either way, these pizza ovens can perform better than other pizza ovens in the market. They are very powerful and can cook pizzas within minutes or sometimes even seconds.

They are developed through tons of research to achieve their current performance. With that, we are sure that none of these two pizza ovens will disappoint no matter which one you choose.

But if you are really looking for an answer on whether the Ooni Koda 16 cooks pizza better than the Roccbox pizza oven, then this is the review that will bring you the answer.

Follow the post as we dive into the similarities and differences of these two pizza ovens and we give you our review on how they perform when they are used properly.

Setting Up The Pizza Ovens

Both the Ooni Koda 16 and the Roccbox pizza ovens are equipped with all the tools that you need in order to set them up.

You also get guides on how to do it properly.

These pizza ovens are a little bit heavy with the Ooni Koda 16 weigh in at a little over 18 kilograms and the Roccbox pizza oven at over 20 kilograms because of its thick insulation. 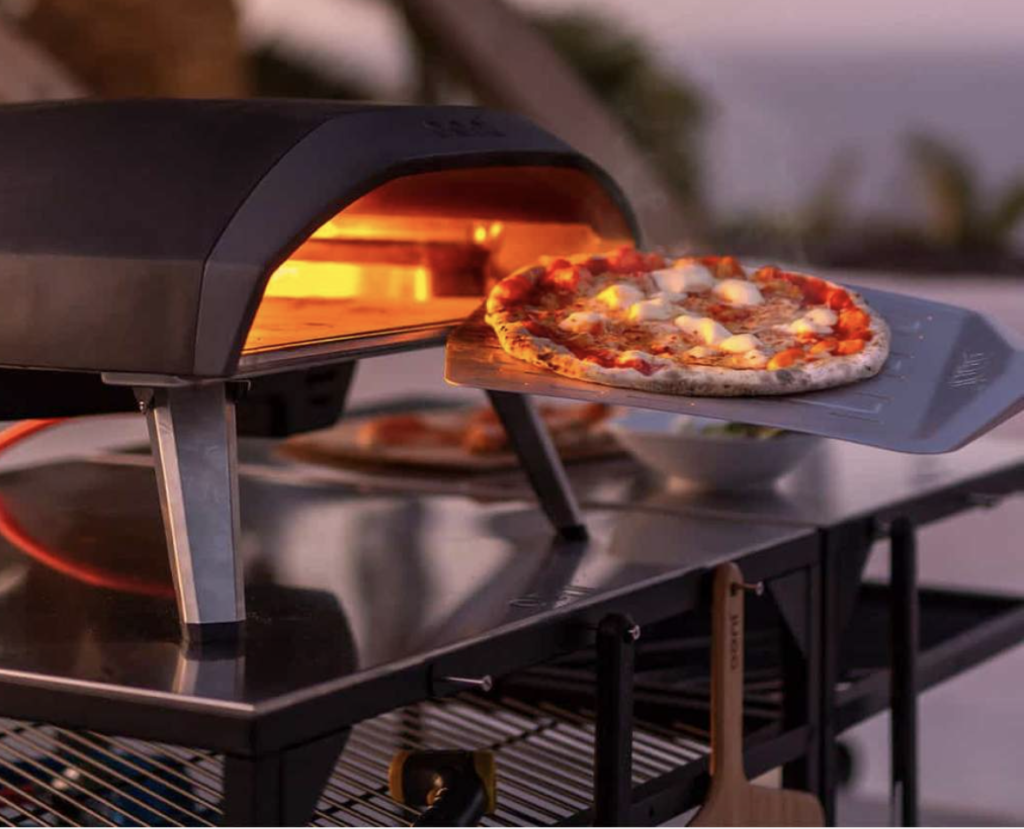 This means that you will need a sturdy table to set up the pizza ovens on.

Transferring the pizza ovens is also okay and easy as long as you only intend to put them elsewhere near the same area.

Since these pizza ovens use propane gas as fuel, you will need to connect the dedicated hoses to a propane gas tank and set up the burners to make them work.

The Ooni Koda 16 is pretty easy as it has the hose and regulator included with the oven. Just connect it to the fuel source and turn it on to start preheating the oven.

The Roccbox pizza oven has two options for the fuel.

You have propane gas and wood burners that are pretty similar so make sure that you pick the right burner attachment for the fuel of your choice.

Where To Set Them Up?

These pizza ovens do not have chimneys so they need a proper amount of air to circulate the heat inside. That is why it is beneficial that they both have legs to make way for the air.

Setting them up on a tabletop is preferable so that the vents can get enough air.

The space between the legs and the surface is enough so make sure that it is not blocked.

Cooking in the backyard is still the best option for you to set up these pizza ovens.

You can bring them to tailgating but they will be hard to bring to campings because of their weight.

You will also need to bring propane gas tanks for the Ooni Koda 16 so it is best to stay near the house where you have ample amounts of propane tanks instead of bringing them far away.

The Roccbox pizza oven has a wood burner attachment so it can be brought to campings but make sure to find help in lifting it as it will be a burden for long hikes.

The Ooni Koda 16 is a large pizza oven with so much power. It also produces consistent heat that is very helpful when you want to make multiple pizzas in one cooking session.

It can reach a maximum temperature of 932 degrees Fahrenheit.

This is the optimal temperature for cooking authentic Neapolitan pizzas to make the crust crispy and chewy at the same time.

This goes the same with the Roccbox pizza oven. It has the same maximum temperature so both of these pizza ovens can cook authentic pizza in just 60 seconds or even less.

The amazing heat distribution of the Ooni Koda 16 is rooted in its L-shaped flames.

This is the burner that was designed for the Ooni Koda 16 alone and it is very great for this large oven.

That is why Ooni made sure that this problem is addressed and resolved.

The L-shaped flames help in speeding up the preheating time by firing up the oven from two sides. 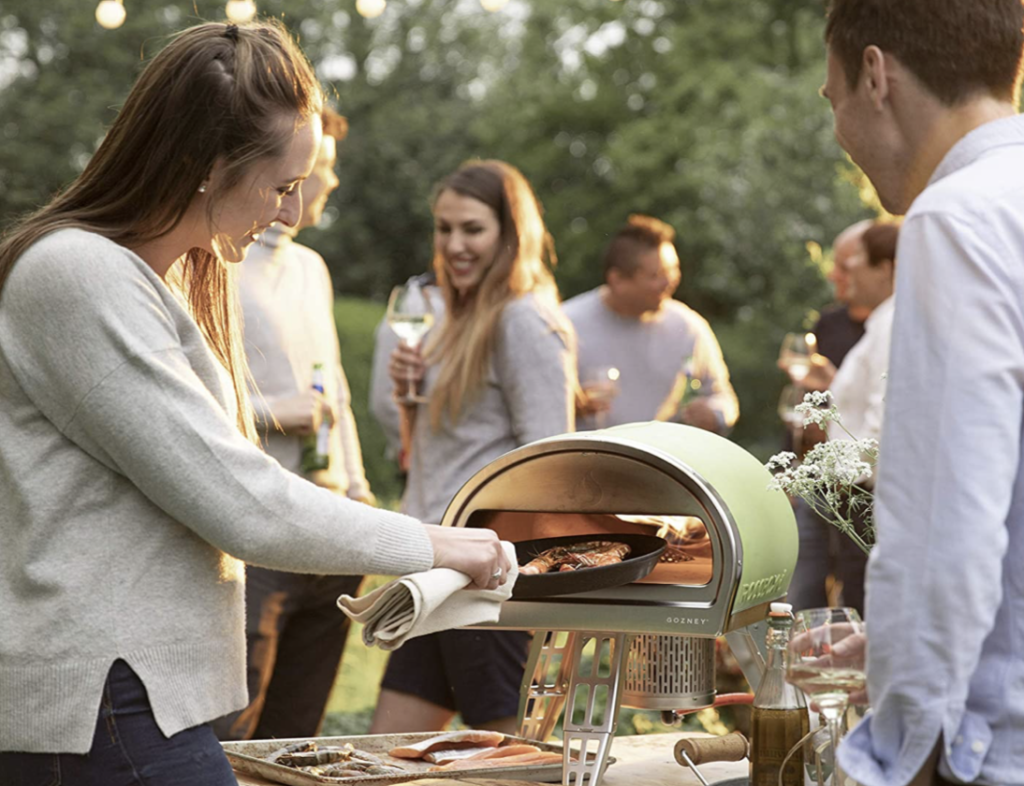 The burner of the Ooni Koda 16 spans the entire back of the oven and it continues all the way to the left-hand side of the oven.

The flames meat at the top to heat up the oven downwards.

Now, since the Roccbox pizza oven does not have this option, it needs something else to heat up the interior to be able to cook pizzas perfectly and evenly in a short period of time.

That is where the insulation of the Roccbox pizza oven comes in.

This pizza oven has a thick ceramic interior that makes sure that the heat does not escape the insides of the oven.

This is also what makes the pizza oven heavy but it is very effective.

You can cook multiple pizzas in a short amount of time without wasting too much fuel during the process.

The Roccbox pizza oven can retain the heat for hours and as the temperature inside the oven slowly cools down, you can also cook other recipes in it to save fuel.

Cooking In The Ovens

With that, the pizza oven still needs to be preheated for at least 20 minutes to reach its maximum temperature.

This was a bit long so we had the time to prepare a lot of pizzas while the Ooni Koda 16 was preheating.

Once it has preheated, the cooking process did not take long.

The Roccbox pizza oven really made use of its insulation.

Preheating the pizza oven only took 1 minute using the gas burner so you need to prepare the pizza before turning the Roccbox on.

What makes these two pizza ovens similar is that they can both cook thin pizzas in just 60 seconds.

This is perfect for a quick dinner or if you need to cook multiple pizzas.

The  Ooni Koda 16 wins in size as it can cook 16-inch pizzas with its large interior.

There is also just enough space for you to turn the pizza around to prevent burning one side.

The Roccbox pizza oven can only cook 12-inch pizzas but it does it so well. It has its own pizza peel which fits right into the narrow entrance so you can use it to turn the pizza inside.

Both of these pizza ovens have their own pizza stones inside. These are very helpful in order to make an even finish especially at the bottom of the crust of the pizza.

The Ooni Koda 16 pizza stone is very large so you need to be careful when taking it out of the oven to clean it.

It heats up quickly along with the oven so it produces enough heat to cook the pizza.

The Roccbox pizza oven has its baking stone-built inside and it cannot be removed.

Cleaning it will depend on the heat that it produces as it burns the residuals on the stones.

That goes the same with the Ooni Koda 16 so there is no reason to remove the baking stones at all.

They are both resistant to thermal shock but you still need to be careful about it.

There are times when the pizza stones do not handle thermal shocks very well.

So in order to prevent breakage, make sure to preheat them with the pizza ovens.

The Ooni Koda 16 and the Roccbox pizza oven are very neat-looking. However, as time goes by and you repeatedly cook in them, you will need to clean them every once in a while.

The Roccbox pizza oven has a nice shell that you can choose the color.

You have green and gray as options and wiping them with a clean cloth will do the job.

The tricky part is the front of the pizza oven. It is made out of stainless steel and since the Roccbox pizza oven does not have a chimney, smoke goes out of the entrance.

This happens especially when you are using wood as fuel.

The smoke goes out of the opening and soot sometimes gathers in the front plate of the pizza oven. 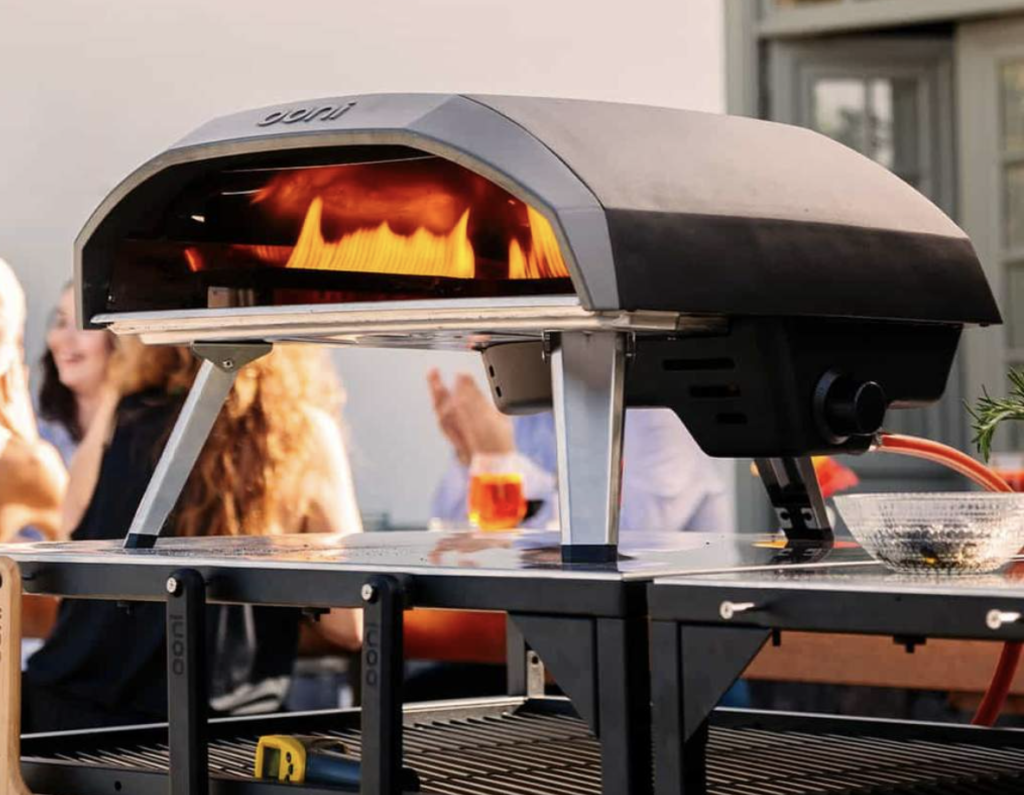 So make sure you clean that constantly so the soot does not leave stains on it. The same goes for the Ooni Koda 16 as it also has a silver stainless steel plate on its front part.

However, since the Ooni Koda 16 does not use wood as fuel, smoke is not a problem. Just keep the pizza oven dry after every use so that the interior and the shell do not gather molds when stored.

The baking stones can also be cleaned easily. After you have cooked all the pizzas that you want to cook, do not immediately turn down the heat so the leftover food inside is burnt.

This is called pyrolyzing and it prevents food residues from sticking especially to the baking stones. It burns the food left on the stones so you can brush them off once it’s done.

So leave the ovens at maximum temperature for at least an hour to pyrolyze the food residues. Then, get a smooth brush and then scoop out the burned residues once the oven has cooled down.

It is still pretty hard to judge whether the Ooni Koda 16 is better than the Roccbox pizza oven in cooking pizzas.

This is because they perform almost the same when cooking pizzas.

They both have the same maximum temperature and so they can cook pizzas in just 60 seconds. The difference is the size that they can cook.

This is where the Ooni Koda 16 wins as it can cook 16-inch pizzas while the Roccbox pizza oven only cooks 12-inch pizzas.

However, the quality of the pizzas they cook is almost the same.

==> Check out the Roccbox Pizza Oven

The Roccbox is better when it comes to adding flavor to the pizza as it has a wood burner attachment.

This makes the pizzas tastier with the smoke-infused flavor from the wood.

It is also easier to use as you have accessories that go along with the Roccbox pizza oven.

They can both produce intense heat and retain it in different ways.

The Ooni Koda 16 retains the heat by producing consistent heat from the gas fuel while the Roccbox uses insulation.

So if you are wondering which pizza oven cooks better pizzas, then we say that they are the same.

It is your choice whether you want a large one or a small pizza oven.

Since they can both reach the same maximum temperature, the finished pizza is great and the pizza ovens do a great job of keeping the quality of cooking in every dish.

Spread the love
Previous Post: « Best Method To Smoke A Pork Butt- Get the Perfectly Smoked Pork Butt!
Next Post: How Long does it take To Grill Hotdogs?- Everything You NEED to know! »