Grilling involves lots of cooking time especially with thick cuts of meat. We will figure out where hotdogs fall in that category and how long to cook hotdogs for beginners.

If you have been using grills for a long time, then there is no need for you to research the time and temperature used for cooking simple recipes such as hotdogs.

However, there are times when you mistakenly cook recipes for longer than needed. There are a lot of things that you should consider when cooking hotdogs as they are very delicate.

See, cooking hotdogs will take a little bit of time and effort. Unlike smoking meat and grilling steaks, you will need to keep an eye on when grilling hotdogs at all times.

This is because they have thin skins that burn easily. Although the insides of the hotdogs are cooked to perfection, burnt skins and outer parts will destroy the overall taste of it.

You also do not want to overcook them as they get chewy or tough sometimes. You would rather have them as soft, and tasty when they are served with other foods.

Grilling hotdogs do not require too much effort. You just need to keep your attention to them so that they do not get overcooked or burned when they are grilling.

Open fire is a risky way to cook hotdogs so make sure that they always have your attention. If you are having a cookout soon, then read along to know how you can perfect grilling hotdogs.

What Temperature Should You Cook The Hotdogs On?

Grills are versatile cooking appliances that can cook any recipe that you want. They can get up to high temperatures as well as the low temperatures for smoking or slow cooking.

Hotdogs are processed food and one common feature of processed foods is they do not need to be cooked for so long. That means that you will need a high temperature for cooking hotdogs.

Usually, it is advised to preheat your grill to 400 degrees Fahrenheit when grilling hotdogs. This will put enough heat for the grill to keep on cooking even if the lid is opened.

That temperature will also give the hotdogs just enough grill marks to keep them tasty. It is also advised to cook them with wood so that you get a little bit of smoky flavor in the hotdogs. 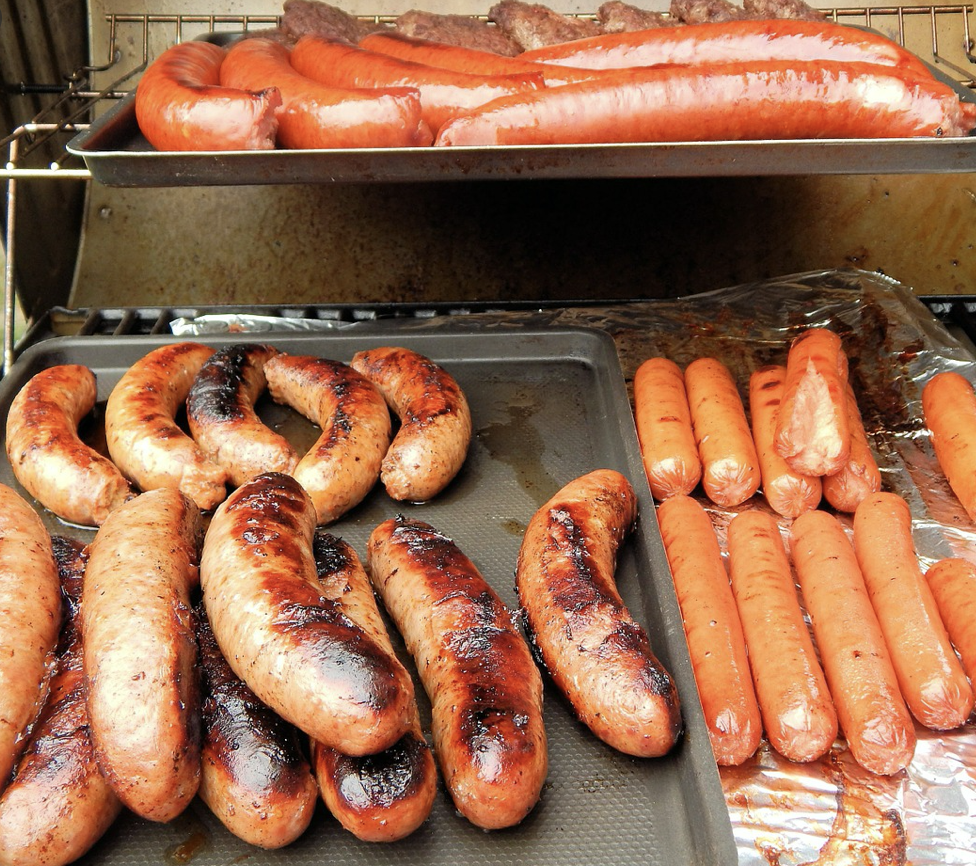 How Long To Grill Hotdogs?

With a high temperature, you should not cook the hotdogs for more than 10 minutes. This will make them overcooked and chewy when you serve them.

10 minutes is also just enough for the hotdogs to get the smoky flavor from the wood. This will also keep them tasting fresh and properly cooked without burning the outer parts.

Make sure to lay the hotdogs on the hottest part of the grill. This way, the unnecessary particles will be burned while the hotdogs are cooking perfectly on the grill grates.

Should You Boil The Hotdogs First?

Boiling hotdogs is not a very important thing to do before grilling them. Although there are some benefits such as defrosting the hotdogs right before putting them on the grill.

Boiling hotdogs before putting them on the grill will start the cooking process. It will also soften the outer parts of the hotdogs which may result in the hotdogs sticking to the grill grates.

So the only time you boil hotdogs is when the manufacturer says that they are precooked. This will only make the hotdogs softer and grilling them after boiling is not necessary.

Another benefit that you can get when boiling hotdogs is that the process of boiling them removes some of the processed salts from it and it plumps up the hotdog for a better finish.

So boiling hotdogs before grilling them is all about personal preference. For us, the best way to do this is to just let the hotdogs thaw with cold water and grill them right away. 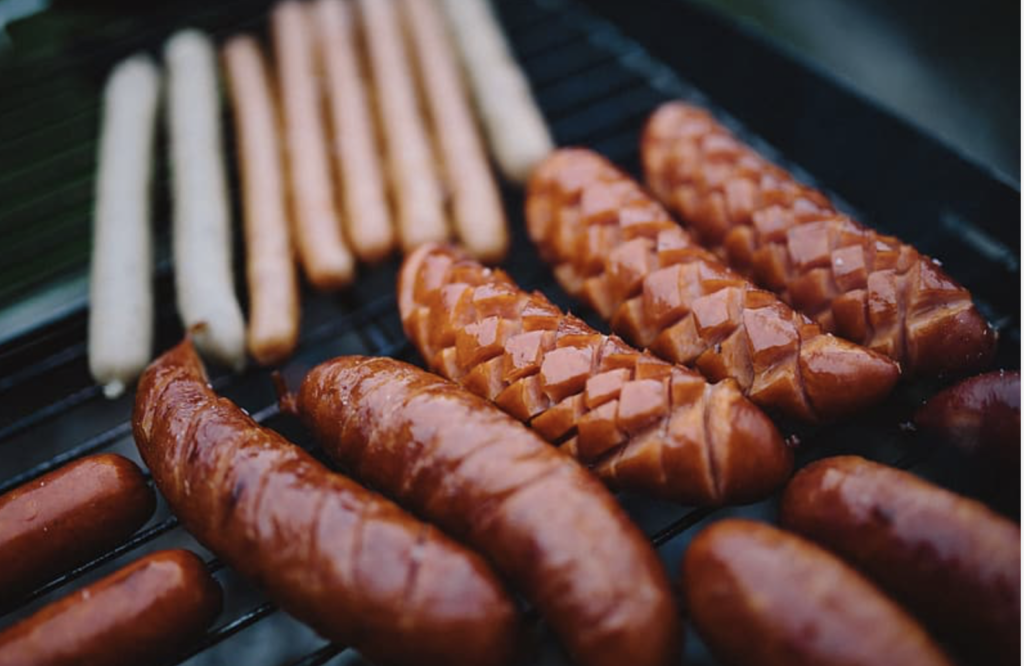 When using the grill, you need to make sure that you determine the type of meat that you are cooking. This will determine whether you open the lid of the grill while cooking or not.

Thick cuts of meat require having the lid closed so that they can be infused with as much smoky flavor as possible. This will also create an even distribution of heat within the grill.

As for thin cuts of meat, you only need to keep the lid closed if you want to get more flavors. Since hotdogs require high temperatures to be cooked on, we advise that you open the lid.

This will give the hotdogs a better chance of coming out of the grill without being burned. It will still infuse a little bit of smoky flavor on the hotdogs so no need to worry about that.

It will also lessen the temperature of the outer parts of the grill. This will mean that the hotdogs will be seared perfectly without getting overcooked.

Unlike burgers, hotdogs can hold themselves up even if you move them constantly. So make sure that you put all the hotdogs on the grill grates together and turn them frequently.

This is another reason why you should keep the lid open when grilling hotdogs. You will have more control so that the hotdogs will not be overcooked and leave a bitter flavor on the meat.

Once you place the hotdogs on the grill, make sure to turn them every 1 minute or so. This will give them nice grill marks on the skin and cook it all the way through.

How To Know If The Hotdogs Are Cooked?

If the hotdogs start expanding to the point where they are about to splutter, they are done. This simply means that the air inside the skin has expanded and the insides of the hotdogs are heated.

So once you see these signs, roll the hotdogs over to the unheated area of the grill. You can let them rest there or on a plate while waiting for other recipes.

When you are about to use the grill, it is best to cook hotdogs first since they would not leave as many residuals on the grill grates as other foods.

This will also sear the hotdogs when they are grilled leaving better grill marks on the hotdogs instead of burn marks.

As you can see, grilling hotdogs is not that hard. All you need to do is to keep your eye on them so that they do not get overcooked.

Grilling hotdogs has a lot of benefits as it is able to remove the toxic residues on the meat when they are exposed under direct heat and flames.

It only takes 10 minutes for the hotdogs to be cooked. This can completely change depending on the thickness of the hotdogs.

So make sure that you remember the indicators of a cooked hotdog so that you can remove them immediately even before 10 minutes when they show the signs.

Start your cookouts and backyard barbecues with a delicious set of grilled hotdogs and enjoy the rest of your food with this easy-to-cook food.