Grills are really fun to use for having parties and small gatherings in your backyard. It involves cooking food on them so you should know if it is safe to grill on a rusty grate.

Rusted grates, obviously, should be as far away from food as possible. It is the result of a chemical reaction that produces toxic effects on both the hardware and the human body.

Since grills are exposed to both moisture and air, there are some risks that might get rusted over time. Especially if you let it sit outside and leave it unused for quite some time.

The exposure to repeated heat can give some treatment to the bbq grill grates. It strengthens the steel and by putting it over direct flames, it also burns away the chemicals and microorganisms. 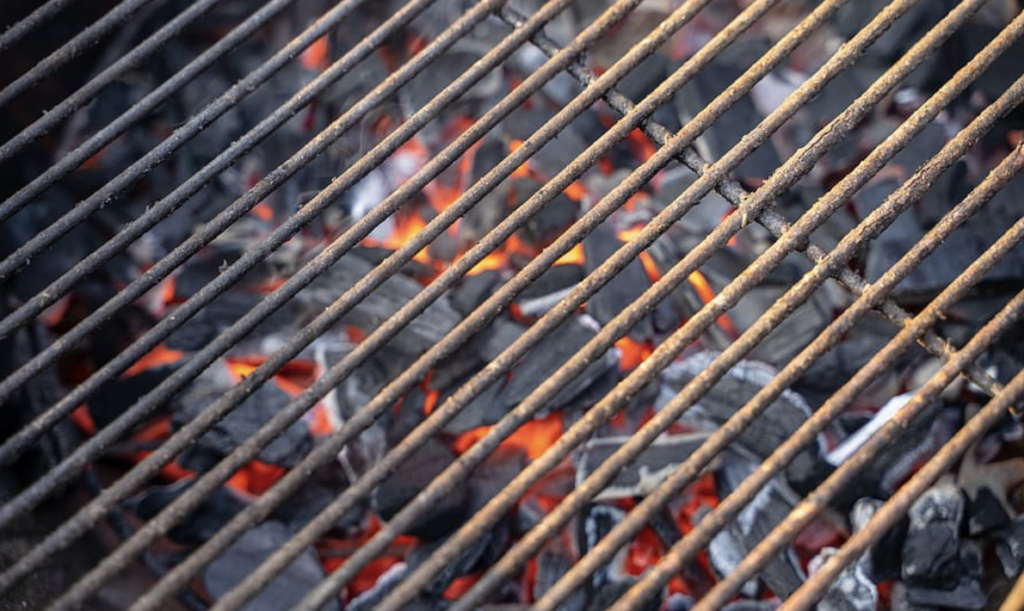 That is why constantly using the grill is important to in a way, season it. Rust develops quickly and if left unattended, it might get to a point where the grates will be completely useless.

Some people might tell you that rust is not generally dangerous when it is just beginning to form. But no health inspector will let a single rust formation go uncleaned or unaccounted for.

So from the start of this post, we recommend that you never let single rust develop on your charcoal or gas grill to always keep your food safe for consumption. Do not believe everything you read on the internet.

If you want to keep your grill safe, read on so we can let you know all about the health risks that rust can bring when you leave it to develop in your grill grates and whether will rust hurt you.

Does A Grill Cover Cause  Rust?

This is one of the common questions you will find on the internet as well as with other charcoal and gas grill users. While this sounds theoretically possible, it is all a theory and can even be called a myth.

No, the grill cover does not cause rusting on the bbq grill. In fact, it lessens the development of the rust and it also keeps other debris away from the cooking surface of the grill.

The grill cover serves as a protection to the stainless steel grill grates. They keep chemicals from the lawn away and prevent corrosive agents from getting inside the grill.

See, rust is developed by exposing the metal to water and oxygen. The combination of the two dissolves the protective coating of the steel when left there for long periods of time.

So when a grill is covered, the entry point of both air and moisture is limited which then directly translates to less rust. So this is a complete myth that you should not believe in.

Without using the cover, there is a big possibility that the grill will rust and hurt you. Make sure that you get it checked if the rusts hurt you and never allow anything that willk rust-up the grill.

So whether you have a cast-iron grill grate or a regular stainless steel grill grate, make sure to have replacement grates or better yet, prevent them from getting rust in the first place.

What To Do Before Covering?

There are some steps that you need to take in order for rust to not damage the grill. Before covering, make sure that you dry the grill and let it cool down.

This might not be a popular practice that resulted in people theorizing or claiming that putting the covers on causes a lot more rust than when it is left bare outdoors. 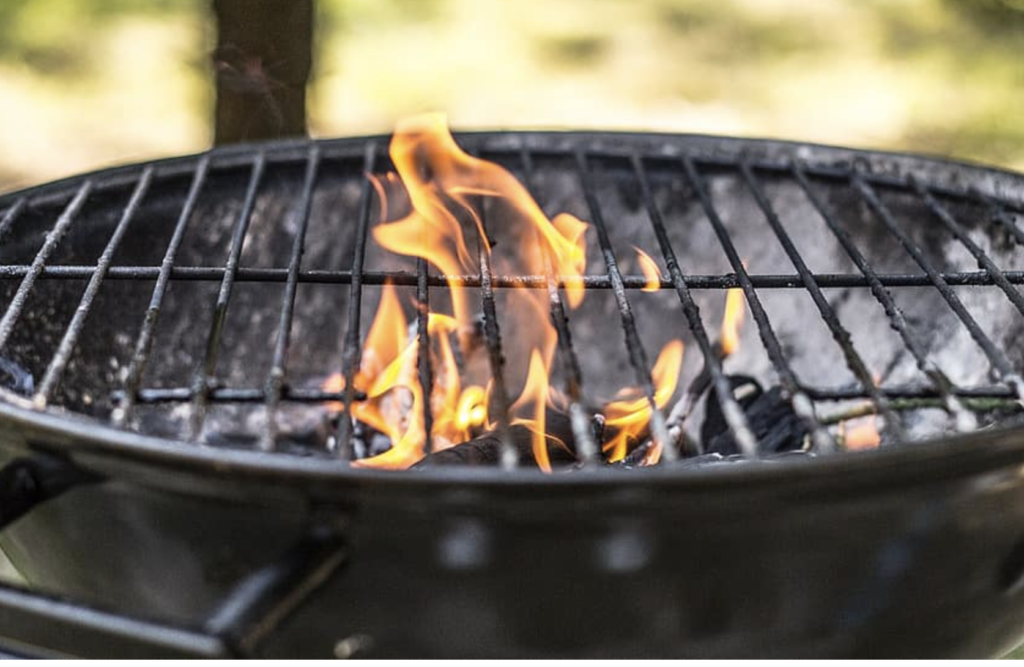 When the bbq grill is still wet from the juices of the food that you cooked, do not cover it. That is the source of moisture that will eventually develop the rust in the grill.

So before covering the grill, fire it up to burn all the residues inside it and then wipe it dry. Make sure to also let it cool down so the cover does not create steam when it is put over the grill.

So, Is It Safe To Grill On A Rusty Grate?

Minor surface rust is still doable and you can still cook on them. As long as the rust does not stick to the food, the grill will be  okay to cook with any food that you like.

However, loose rust is a different story. Loose rust is a riskier business as it can stick to the food that you are cooking making it unsafe to consume and the flavor will be off as well.

Consumption of rust is not a major problem. If you accidentally ate food with some rust on it, the digestive tract will do its job and just flush it away so you can poop them out.

However, repeated consumption of rust can pose some dangerous health problems. Ingesting rust regularly in any way will cause a lot of trouble to the digestive organs.

See, rust can turn into a toxic material if it is inside the stomach. It mixes up with the fluids and acids that the stomach produces and can travel through your bloodstream.

So you should always see that the grill grates are clean and there are no rusts in it. Make sure to always clean the grill after every use to prevent any build-ups as well.

While some say yes on whether can you cook on a rusty grate or not, it is better not to risk it. You can cook on it but it will not be pleasant both on the taste of the food and to your health.

How To Clean Rusty Grill Grates?

There are a lot of ways to clean rusted grill grates. We also have a post for you about that on cleaning the entire grill using only soapy water and vinegar to keep debris away.

So in this post, we will be giving you a quick rundown of what you can do and what chemicals you can use to clean the bbq grill grates safely for it to be okay to cook on your next backyard cooking sessions.

This is one of the most common chemical combinations or rust removers that you can use to clean the grill grates. These two are both consumable and they will not pose any poisoning threats.

While these two ingredients are consumable, these rust removers are also strong enough to remove rust. They might not do good with major rust issues but if the rust is just starting, these can do the job.

Mix two parts vinegar and one part salt in a large basin. Large enough for the grates to fit, and then mix the salt and vinegar together without actually dissolving all the salt.

If you do not have a basin that is large enough, you can put the grates in a large garbage bag and then pour the mixture inside it, lay the grates flat, and let it soak overnight.

The following day, get a rough, clean rag and then wipe off the rust remover mixture. The salt will act as a mild abrasive to help remove the rusts easily.

You can burn off the taste of the vinegar rust remover if you want. We do not suggest rinsing it with water as it will also develop rust if it is freshly cleaned because there can be dents that are exposed.

Even the best Char Broil charcoal grills that have strong metal grates cannot resist rust and will also get the mixture stick to the metal grates so make sure to wash them off thoroughly.

This is part of the seasoning process for the grill grates. Applying oil on the grates and constantly using them will provide a non-stick surface for the food.

Apply vegetable oil after every use on the grill grates to keep the debris away. This will also be acting as a coat for the steel so water, air, or oxygen does not penetrate it.

This is another one of those chemicals that can be consumed and can also remove rust. So use this if your grill grates are heavily affected by the build-up of rust.

Get your grill grates and then use a tough brush to scrape away all the rust that you can. One done with that, place the grates back on the grill and sprinkle as much baking soda as you can.

Turn up the heat and then put the lid down. Every few minutes, check if the baking soda is starting to bubble, this will indicate that the chemicals are acting on the rust.

Once the rust has been lifted by the baking soda, turn the heat off and then let the grates cool down. Use the brush to scrape off the remaining rust on the grill grates.

If the rust on your grill grates is really stubborn, you can use harder materials to clean them off such as a wire brush or sandpaper to go as deep as you want in removing the rusts.

Prevent the grill grates from rusting by always using a fitting grill cover to keep the moisture out of the grill. It is important to prevent rust especially if your grill stays outside the house.

Cleaning the grill is very simple so you should do it after every use. This way, it will be ready for the next time you use it and to keep the rust and other debris away from it.

Make sure to follow the instructions above to make sure it is okay to cook on rusted grates. It might not be fatal but consuming rust will be harmful to the human body if prolonged.

So once you see some development on that grate, remove them immediately. Do not let the rust build up so you can continue cooking without worrying about you and your family’s health.

Spread the love
Previous Post: « How Long To Soak Wood Chips Before Grilling
Next Post: How To Grill Rockfish With A Gas Grill »