Although the charcoal chimney relies on the wind to keep the fire inside it burning, too much wind will only give you trouble. There are a lot of problems when you light it on a windy day.

The fire you made with paper will only be blown or scatter around the backyard. So you need something else to keep the fire burning on your lighter for the chimney.

You need to consider using items that ignite easily while also being able to withstand strong winds. You cannot just rely on basic firestarters such as paper or pieces of boxes for the job. 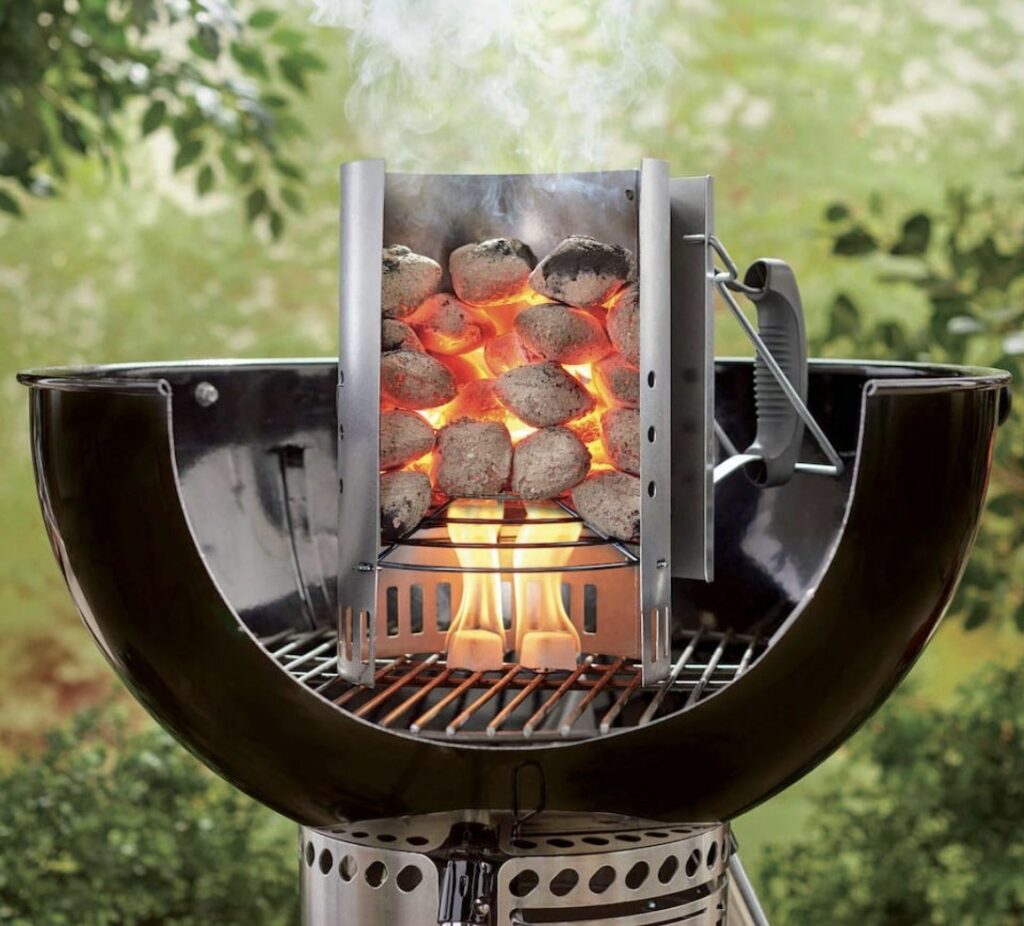 There are some certain tricks that you can also use to make the job easier. Here, we will be discussing those tricks so you can start to fire up your charcoal chimney in no time.

Read on as we take a look at this device’s basics to see what you can do and improve. That way, you will be able to light up the charcoal chimney easily, even during a windy day.

What Does A Charcoal Chimney Do?

A charcoal chimney is a place where you start a fire with charcoal. They have a tube-like structure with a grate inside responsible for holding the charcoals.

A lighting cone is a similar structure with the same purpose. The lighting cone makes the charcoal light faster than putting them directly on a grill.

They are better at keeping the heat and fire going since the environment is a closed one. There are not many spaces for the wind and other factors to disrupt the heat inside the chimney.

This is a necessary device, especially for people who live in windy areas. Compared to open grills, charcoal chimneys do a better job of starting a fire because of their compact structure.

This device has its airflow system that also keeps the fire going. Most charcoal chimneys use grates or metal mesh to allow just enough air to get inside and keep the fire going.

How To Light The Charcoal Chimney On A Windy Day?

You can do some tricks to light up the charcoal chimney easily on a windy day. It can be a bit tricky, but after a few tries, you will light it up.

The wind can be beneficial when trying to light up the charcoal chimney, but it should not be too much. So here are a few steps that you can follow if you are dealing with this problem.

Get The Grill Ready

Before you have your charcoal chimney ready, prepare your grill to create the proper environment for lighting the charcoals. You will use the grill as some sort of wind deflector.

Remove the cooking grids of the grill to open up the firebox. Clean out all the ashes and unused charcoals from the grill’s firebox and then set the lid aside or just leave it open for a while.

By letting the grill lid open for about five minutes, the wind will help sweep away the debris from the firebox. That way, you will have enough space for the fire to keep going later on. 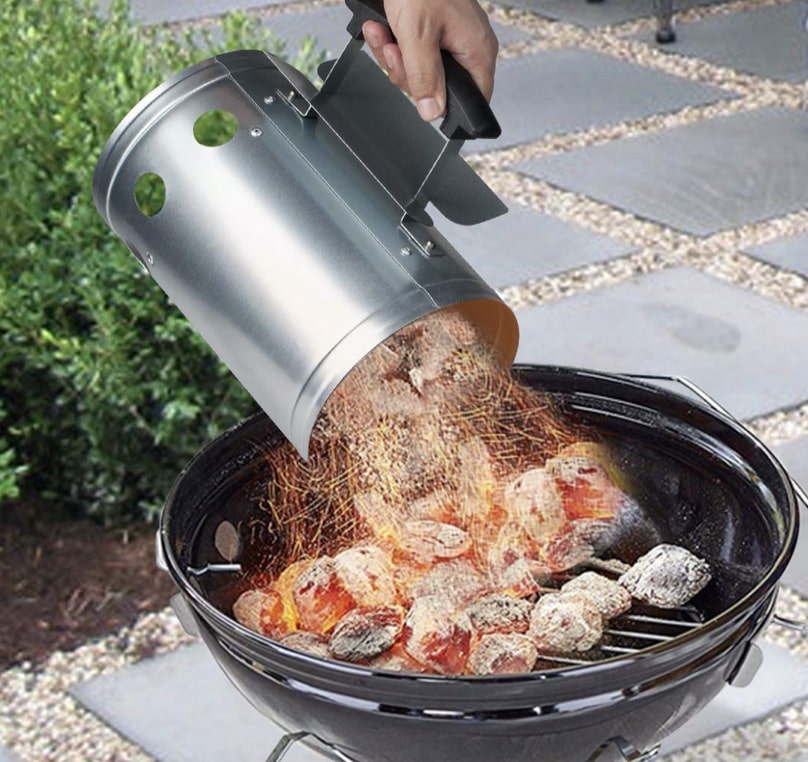 One of the more common mistakes that most people make when lighting the charcoal chimney is that they do not open the vents up as the wind might blow the fire out.

Do not make that mistake, as the open vents will only help in lighting the charcoals. So keep the vents open and then put your fire starter first before putting the charcoals in the chimney.

What Can I Use As A Firestarter?

If you do not have those in the house, then you can use Doritos. Yes, the chips you love to eat can be used to start the fire in the chimney charcoal as they are great fire starters.

Doritos do not light up as easily as paper, but they are hard to put out once lit. So get a handful of Doritos and then place them in the charcoal chimney before putting the charcoals in.

After putting the Doritos in the charcoal chimney, fill the chimney with charcoals. Do not go halfway. Fill it all the way up so the charcoals on top will also help reduce the wind getting in.

Put the charcoal chimney inside the grill to help it get proper airflow. The grill will be used as a blocker from the wind to not blow out the small fire that you will start.

Light the Doritos on at least three different parts. That way, you will have maximized the area and the number of charcoals that the Doritos can light up, place them in the center of the chimney grate.

Place the chimney over the Doritos and then adjust the vents. If you are dealing with just a light breeze, you can close the lowest vent on the chimney and leave the grill open.

If the wind is too strong, make sure to leave all the vents open and close the grill. This will get enough air for the fire to keep going and limit the wind that might blow the embers out.

How To Know The Charcoals Are Lit Up?

After a few minutes, you should see a cloud of thick black smoke coming out of the grill vent. This is the indication that the rest of your fire starters are on fire.

If you see the smoke getting thinner after 10 minutes, open the grill lid and check if there is still fire. Do not let the smoke stop, as it usually means that the fire inside the chimney is out.

The smoke should turn onto a cloud of thick white smoke after 5 minutes. This indicates that the charcoals have started to catch fire, and the rest is heating up.

The main trick for lighting the charcoal chimney on a windy day is to keep it out of the wind’s way. This is a tricky situation because you cannot do it indoors, so you need something else.

That is why you can improvise and use the grill or other items to block the wind. From there, your charcoals will fire up, and then you can start grilling!

Spread the love
Previous Post: « Philly Gourmet Burgers Review
Next Post: What is Seasoned Meat Tenderizer- Does It Work? »