In this Ooni Koda 16 vs. Ooni Koda Reviews, we will be explaining how the new Ooni Koda 16 is a better gas-fueled pizza oven than Ooni Koda in terms of features and other things.

Ooni, a well-known company producing pizza ovens, has released a new pizza oven, and just like their recent pizza ovens, the new designs and models just keep on getting better.

The Ooni Koda is a very familiar pizza oven, and you can hardly differentiate it from the new Koda 16 when you just look at the design. However, size makes them different.

The original Koda is one of the smallest and most portable pizza ovens on the market. You can carry it anywhere, and you can cook amazing pizzas in it in just a few minutes.

The Ooni Koda 16 is somewhat a larger version of the Koda. However, size is not the only difference between the two, as the Ooni Koda 16 has some added features that makes it better.

You will be able to recognize these two at first glance because of a familiar Ooni Design, aside from the actual Ooni logo embedded in the front plate. 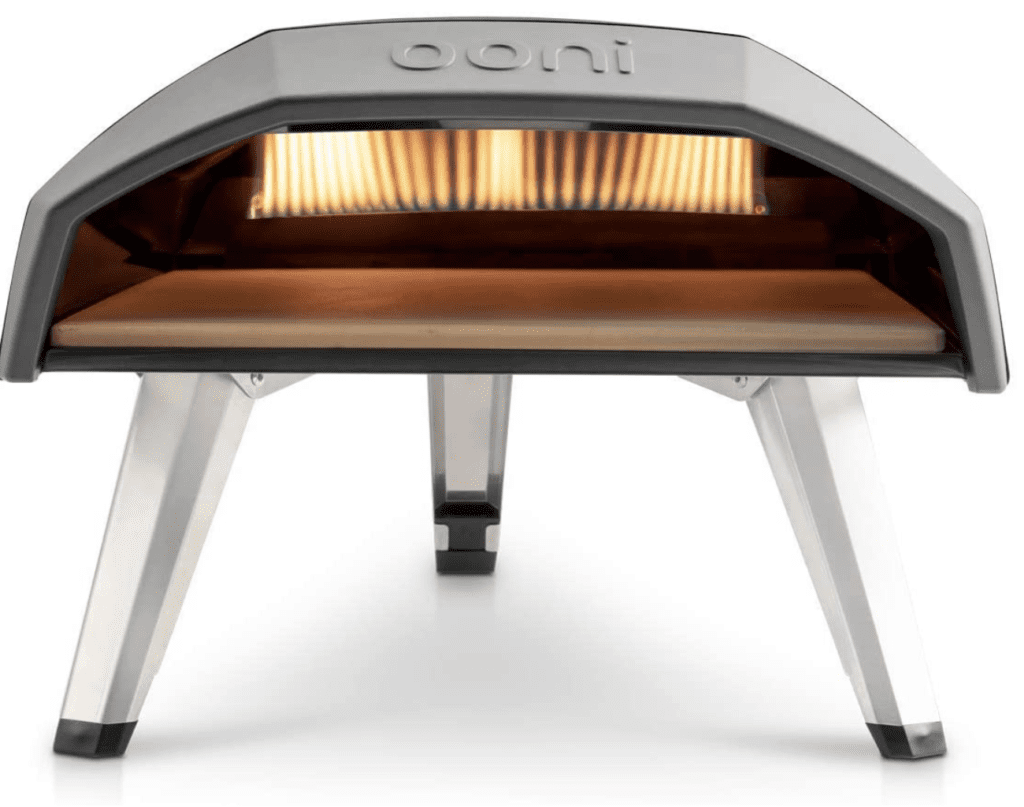 But I am sure that you are not here for the designs of the pizza ovens. So we will be talking about mostly the performance and features of these two and other people’s take on them.

These are incredibly versatile and powerful pizza ovens, so if you are considering buying either one, we suggest that you get a clear idea of what they are capable of.

This post will give you a great comparison of both the pizza ovens and give you a somewhat easier decision to choose between these amazing Ooni Pizza Ovens.

Can I Use Ooni Ovens Indoors?

One of the most common questions about Ooni pizza ovens is whether you can use them indoors or not. The answer is an absolute no as it can cause harm and accidents around the house.

Ooni pizza ovens, especially the Ooni Koda 16 and Ooni Koda, can produce intense and high temperatures that can cause fire hazards and burn objects around them.

This means that all of their pizza ovens are outdoors only. You also need to consider the area outside where you will set them up for the same reasons.

There should be no flammable objects anywhere near these pizza ovens. Because of their immense power, they can ignite nearby objects even without having direct contact with them.

They also use propane gas tanks, so when you set them up, make sure the gas tank is with you as they have no other alternatives for the fuel that will fire up the ovens’ interior.

These pizza ovens do not weigh over 20 kilograms, so you won’t have any problems with transferring them from one place to another when you need to.

So if your storage area is inside the house, you can easily transport these pizza ovens outdoors to set them up. All you need is an open space, and you are ready for cooking. 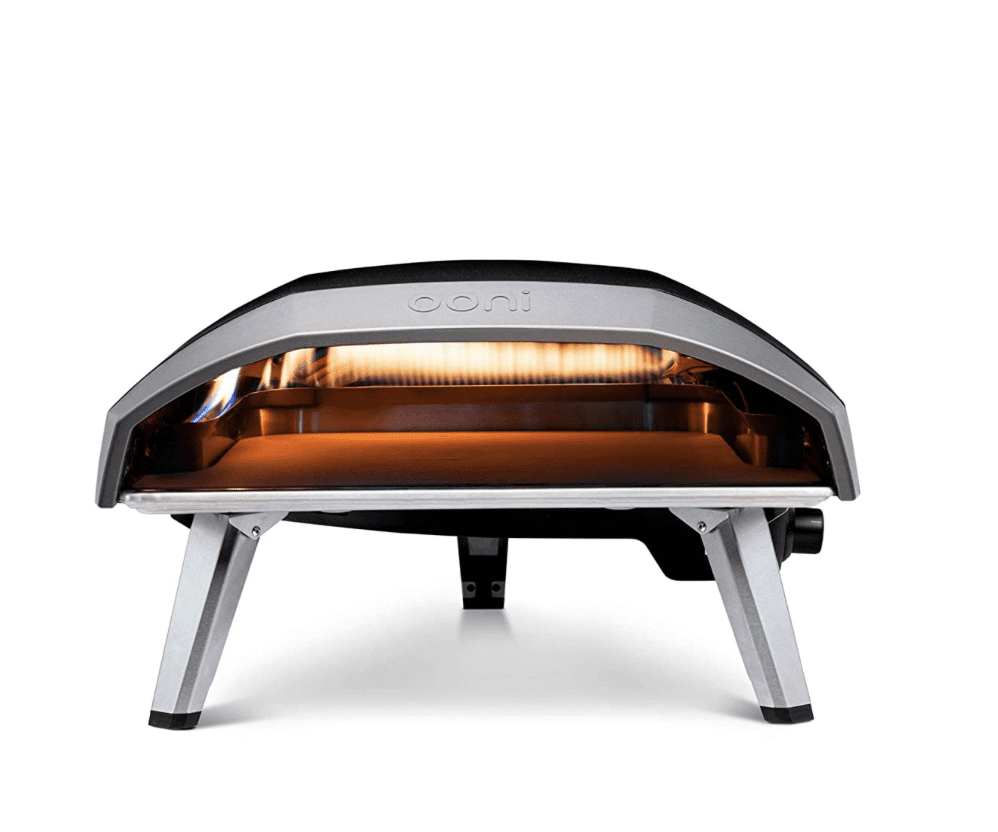 While there are similarities between these two pizza ovens, some undeniable differences make one pizza oven better than the other. Here are some examples:

The design of these two pizza ovens is similar, even down to the materials used in building the shells and foldable legs. So there is not much difference with the design.

However, one obvious difference is the size of these pizza ovens. The Ooni Koda is only 14 inches across, including the shell, which means its cooking capacity is 12 inches.

As for the Ooni Koda 16, it has an overall width of 23.6 inches. This may seem large, but actually, this pizza oven’s interior is only around 17 inches, still good enough for 16-inch pizzas.

Their size does not matter unless you are having a large party. The Ooni Koda 16 is an obvious choice here since it can produce larger pizzas or any food for that matter.

Since these pizza ovens use propane gas, you need something to hold on to the hose and regulators that they need and the igniter to light up the ovens when cooking.

The Ooni Koda has a simple connection to the gas tank. It only needs to be connected with a hose and has no bulky compartment to keep the hose and regulators in.

This means that the Ooni Koda just needs to be connected to the gas tank from its back part. This is easy to do, there is not much hassle here, and you can start preheating the oven right away.

The Ooni Koda 16 has a large interior, so it needs a good gas attachment. It has a bulky compartment that was strategically placed underneath the oven itself for balance.

This large pizza oven only has three small foldable legs, which means that you do not have enough balance when you put the attachment on either side of the pizza oven.

Placing the gas attachment underneath the oven pulls down the weight making the oven more balanced. The ignition, however, is now found on the side instead of the back. 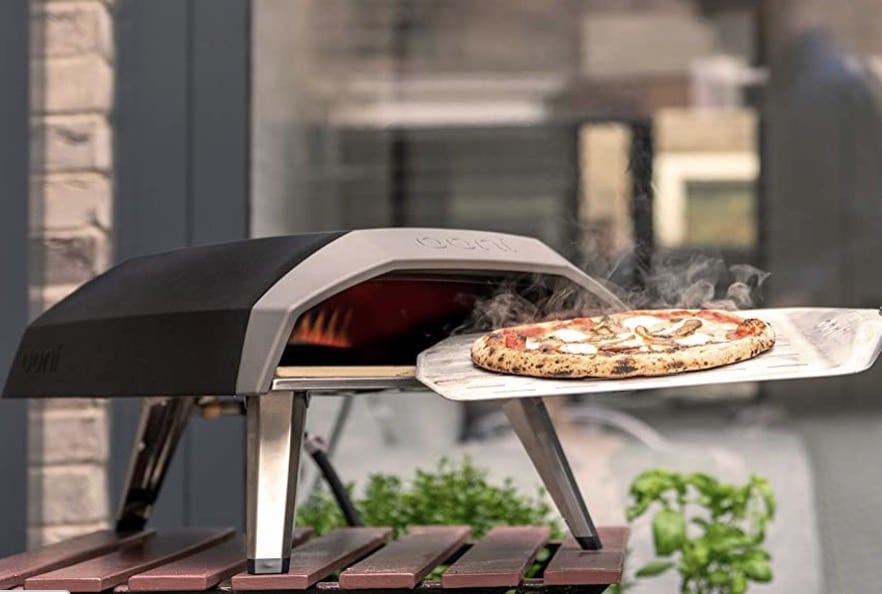 Another major difference between these two pizza ovens is their burners. Since they have different interior sizes, the fire should adjust to that size.

The Ooni Koda 16 has the new L-shaped flames design. It is the only pizza oven with this type of burner, making the temperature inside the oven even.

The L-shaped flames are composed of a line of burners at the back of the oven, which is pretty standard, and another set of burners on the left side produces the same amount of heat.

This way, the two lines of burners meet at the top to heat up the interior of the oven downward. This way, the oven creates a heated interior without the flames touching the food.

The Ooni Koda has a standard burner located at the back. Since it is a smaller pizza oven, it does not need many burners to heat its interior.

Although the Ooni Koda 16’s flame system can heat the oven’s interior, it also means that it uses more fuel in doing this, so it is not an all-win feature.

The performance of these pizza ovens is perhaps the most important part that you should know. It is how well they do when it comes to cooking and what features allow them to do so.

The Ooni Koda 16 is a very powerful pizza oven and can reach temperatures of up to 932 degrees Fahrenheit. It is the optimal temperature for cooking authentic Neapolitan pizzas.

This pizza oven gives you enough time to prepare the food that you will be cooking for the preheating time. It takes around 20 minutes to preheat the oven to reach its maximum temperature.

The Ooni Koda has a lower maximum temperature at 800 degrees Fahrenheit. This also means that it preheats faster and can reach that temperature after only 15 minutes of preheating.

While the 800 degrees Fahrenheit temperature is slightly lower than that of the Ooni Koda 16’s, it can still produce great pizzas with a perfect crust and cooked toppings. 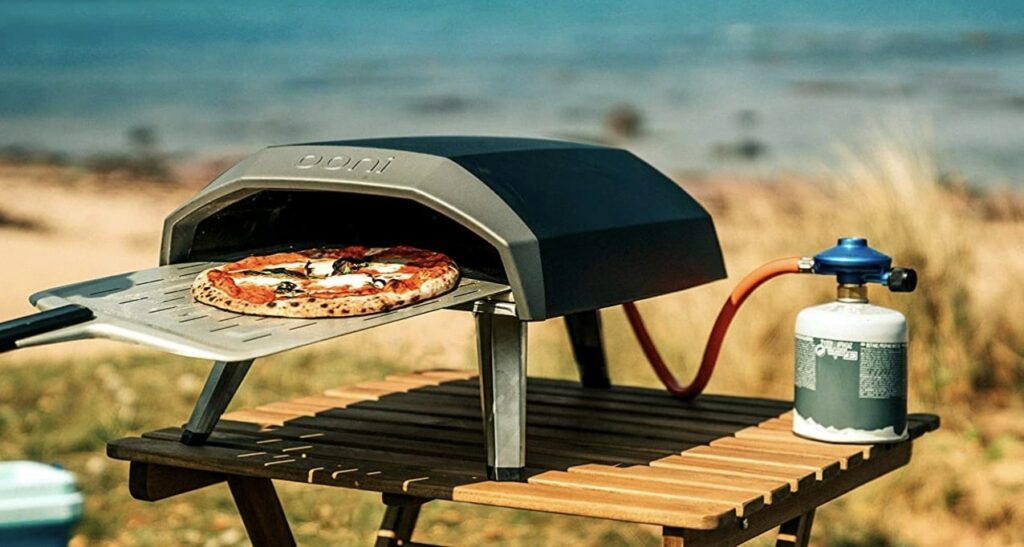 Both of these pizza ovens can keep the temperature high inside them even if the weather outside is not the most viable option for cooking outdoors.

It is because of the Flamekeeper technology from Ooni. This special design can keep all the heat inside the oven and prevent wind or water from getting in.

The shell’s concave design is responsible for creating convection heat inside the oven, while the stooping entrance of the ovens prevents too much air or wind from entering.

This means that the baking stone does not break under intense heat. It absorbs the heat and radiates it back into the oven to create an evenly heated surrounding.

Cooking In The Ovens

Once these pizza ovens arrive, you can set them up and use them right away. Just unfold the legs, place them on a flat surface, connect them to the gas tank, and fire them up.

We suggest turning on the pizza ovens first before preparing the food that you are going to cook. The knob is smooth, so if you have oily hands, you will have difficulty turning it.

Cooking pizzas in the Ooni Koda takes only around 90 seconds. It can sometimes take less than that, but if you want the crust to be crispy, we suggest going for 90 seconds.

The more impressive thing is ht e firepower and flame system of the Ooni Koda 16, it only takes around 60 seconds to cook a pizza in it or sometimes even less.

Versatility is also a special feature that these two pizza ovens have. They can cook almost any food you want to purchase them not only for pizza-cooking reasons. 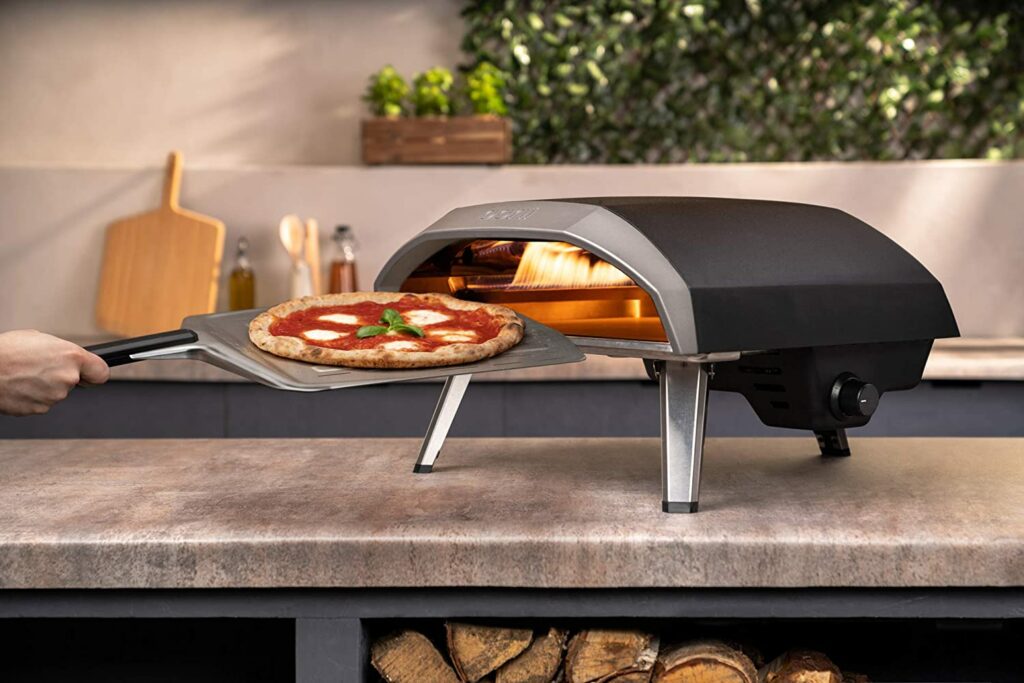 Cleaning these pizza ovens is not that hard. They have enough firepower to burn off the debris, so, in theory, they do not need water to get themselves cleaned up.

This process is pyrolyzing, a way of getting rid of the food bits left inside the oven, especially on the baking stones. Once burned, you can just brush off the residues.

Baking stones do not do so well with thermal shocks. That is why washing it under running water will give it a shock that can cause cracks and even breakage.

So do not be bothered if the pizza stones have black spots or if it starts to brown. That is a good sign that the baking stone is seasoned and will perform better.

After cleaning the pizza ovens, make sure to wait for at least an hour before putting them back inside the storage area. This is the amount of time for the pizza ovens to cool down completely.

Storing the pizza ovens inside a closed compartment while they are still hot or warm can produce steam, producing molds and other bacteria.

Ooni does not disappoint, especially when it comes to their pizza ovens. They produce great models now and then, and each model is often better than the previous one.

That is why I stand by the claim that the Ooni Koda 16 is a better gas-fueled pizza oven than the original Ooni Koda. It has more firepower and more space for cooking.

But do not get me wrong, the original Ooni Koda is still able to keep up with its competitors. It is one of the most portable pizza ovens that you can bring in campings or tailgating.

Both of these pizza ovens can produce crispy crust and cook pizzas in minutes. They are also versatile, and you can cook almost anything in them.

So if you want a pizza oven that can cook more than a pizza with precision and perfect finish, the Ooni Koda 16 and Ooni Koda will surely not disappoint.